I am just from spanking my almost 4 year old son. You know, that good spanking mpaka he volunteered to go to bed? That one. I can make jokes about it now but trust me when I tell you I hate spanking him. I find no joy in it. But I guess it’s one of those sacrifices you have to make for your kid. Parenting is 365 days yo. And 360 degrees. You can’t choose when to switch it on and off, can’t decide today I wont discipline and tomorrow I might. You have to commit.

So why did I spank him? He had gone to play with the neighbor’s kid and that kid, being younger than him, not knowing the meaning of sharing, had refused to let JJ play with his toys. So what does Jabari do? Cry and scream out loud. Under whose care? Mine? Mimi? Nilitoka na mascara yangu halfway done and dragged him in the house for a lesson in “You cannot always have your way.” Besides, he has plenty of toys! As the “more grown” kid, he should have come back home and taken his! Granted he probably can’t reason like that right now but hey, first time for everything! It’s that I MUST HAVE IT attitude that I spanked out of him…

First time I spanked Jabari, he must have been 3. Terrible 3’s. They REAAALLY test you. Can’t quite remember what he did (must have been a major tantrum) but I couldn’t let him get off easy because he was slowly forming a character round whatever it was that I spanked him for. In that dark age I used to use my open palm on his bum (with clothes on!) but the more I did it, the more it sickened me. There was something almost spiritually off with me spanking him with my bare hand- maybe that’s why the Bible says Spare the ROD spoil the child? Perhaps. I cried that first time I spanked him by the way. My dear husband held me and told me I did the right thing. He needed discipline. Hubby couldn’t bring himself to do it because well, he was raised different so I stepped in. I was raised on love yes, more so tough love and the cane. So I am more experienced in that field.

I later picked up the slipper. It made it a bit easier but still heart breaking. I must push on though. Have I seen positive results from the spanking? Yes. Except moments where he relapses, which is very expected; I mean he is human not a robot, he has learnt to share, learnt not to overreact and when mummy & daddy say it’s bed time, don’t even bother putting up a fight.

SO, IS IT SPANKING THEN STRAIGHT TO BED?

No. Absolutely not. This is what I do. I ask him why he did what he did, I remind him why what he did was bad as I discipline him. I spank his bum and back of his legs with a slipper. Not too hard but also he must feel it. Here your motherly instinct will guide you so trust in that God given sense. He will cry and yell or whatever and after I am done, I wipe his tears (as I fight mine… NEVER let them see you break down!) and in a more caring tone- because let’s be honest the previous one is my angry mum tone, I hold him, tell him again why mummy was upset with him and tell him WHY I spanked him as well as how to act right. I tell him I LOVE HIM and that he’s a good boy, just needs to smoothen the rough edges. I kiss him and put him to bed telling him I’m his friend. There’s a reason the Bible says the Kingdom of Heaven belongs to little children. They FORGIVE so fast. They forget and hold no ill feelings. I believe this is God’s why of maintaining the relationship between parents and children. Then they become teenagers and you are on your own with your prayers looool! 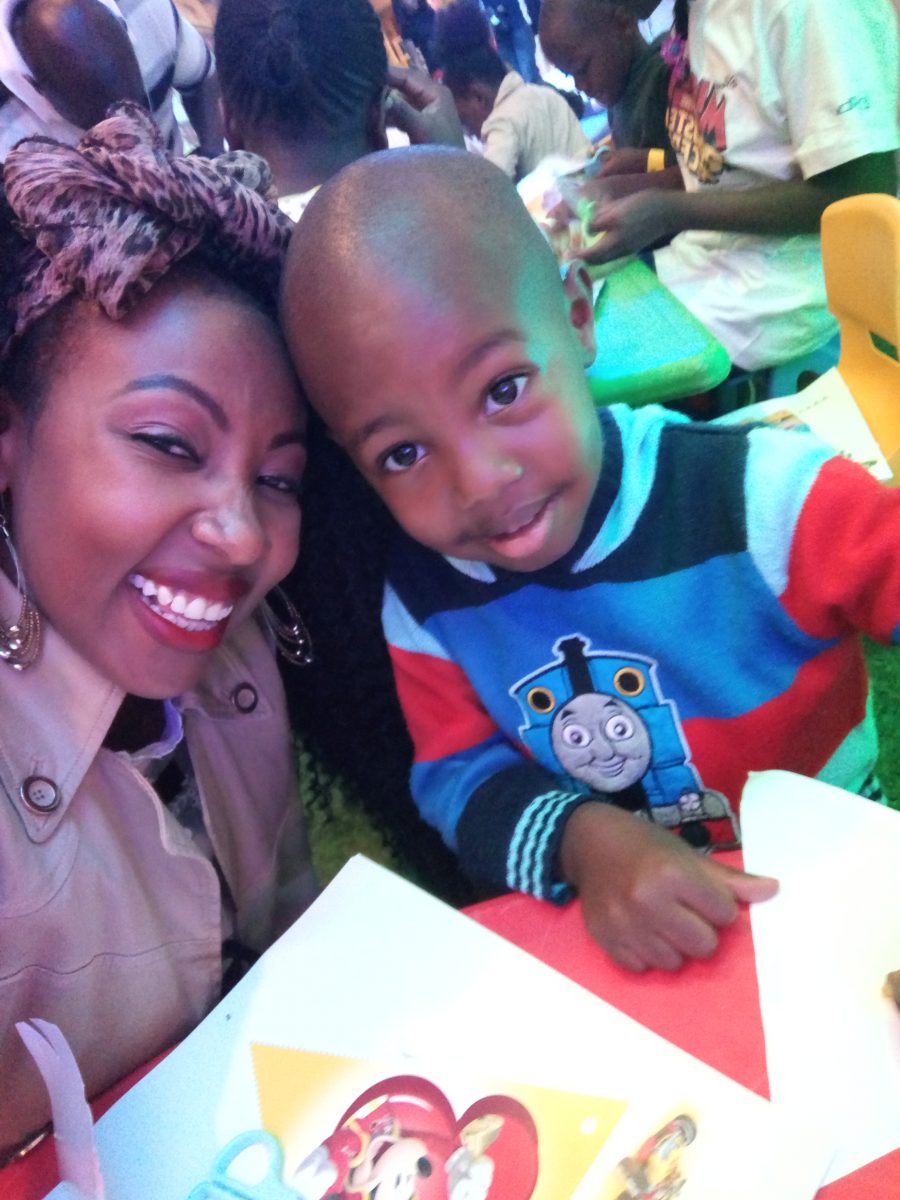 So you see, I am that old school mum. Yes, I will pick my battles and moments to spank or look the other way till later but I am that mum who isn’t afraid to discipline my child in public because the fear of my son turning into a spoilt brat, a hooligan or even worse in future is far more threatening than the look of judgment from fellow mothers at the Kinder Joy aisle at the supermarket.

(THOSE THINGS ARE TROUBLE! LOL!)

If you are a first time, most probably modern mum going through something similar, take heart. You are doing the right thing. It’s hard and you are allowed to feel bad and guilty because you feel like a bully spanking this little human being that you love but trust me, this is the strong foundation that he/she needs to form character. I don’t believe talking to them and time out alone can work. If it has worked for you congrats! I am from that school of thought that your child should fear the consequences of their actions and at this age the cane/slipper comes in handy.

I wish you all the best in parenting dear mum/dad and feel free to share your spanking experience as a parent or child below!