I don’t want a perfect son.

I know “perfect” has always been associated with good and immaculate- the perfect body, perfect smile, perfect life…but a perfect son is not the one for me. I mean think about it? Who wants a son who isn’t curious and doesn’t play with dirt? Who wants a son who doesn’t try to sneak out of the house (and actually manages to do so eventually) through the same door you thought he would never be able to open? Who wouldn’t want a son who plays outside with his friends and ride bikes all day long and comes back tired and filthy compared to one who sits in the house in their neat clothes, quietly just sitting by the window? 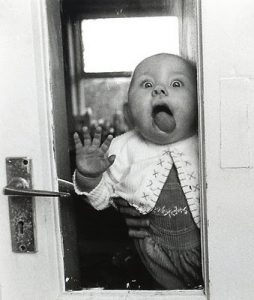 We are now in that stage where Jabari is a bit defiant, a bit feisty, a bit rebellious. As much as I reprimand him for some of the things he says and does, I am also pleased that he is growing up and doing all the things I am familiar with because I too was that child. You really get to see yourself in your child as a parent; then wonder to yourself: How was I not thrown away by my parents? Weeh! They were strong. LOL.

As the disciplinarian in the home, (his father just doesn’t have the heart to cane his son at this age) I have had to catch myself from giving JJ a few licks of the slippers because enyewe he is just being a kid and they will test your patience at every turn. I have had to pick my battles knowing that some things are expected. Like him unbolting the door after his nap and leaving the house to play with his friends. Listen, if I only locked the latch that he can reach and open, but forgot to lock the door with the key that he still can’t reach and turn, he walks away scot free. I was sloppy and the little minion won 10-nil. Serves as a lesson to me to remember to always turn the key. It’s only fair. 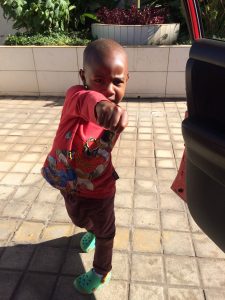 So as much as we want disciplined kids who ALWAYS listen to us and do EVERYTHING we tell them to because we know what’s best for them, we as parents- or about to be parents need to remember if they were to do that, we would actually be worried. They would be little children with mature, grown up behaviors. They wouldn’t learn about adventure with their peers, won’t learn the fun there is in dirt and playing with water- even as we scream that they will catch pneumonia; haha! They would miss out on that stage which would be sad and worrying. I mean c’mon, were we THAT obedient to our own parents? Didn’t we turn out kinda ok? That is why dear diary, I am quite content with my imperfect son. 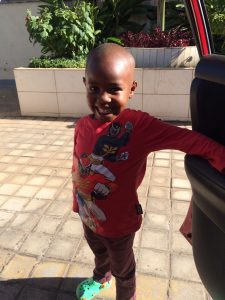