Very few people can accept constructive criticism. I personally hate that feeling when receiving not-so-positive feedback, even when I know it’s true. A lot of the times, my first reaction is to think of an explanation for the person’s “accusations”, then defend the actions in question.

Dealing with criticism positively is an important life skill. At some point in your life you will be criticized, perhaps in a professional way. Sometimes it will be difficult to accept – but that all depends on your reaction. It doesn’t help to get angry and defensive, especially when you’re being told the truth.

First of all, let’s understand the difference between constructive and destructive criticism. 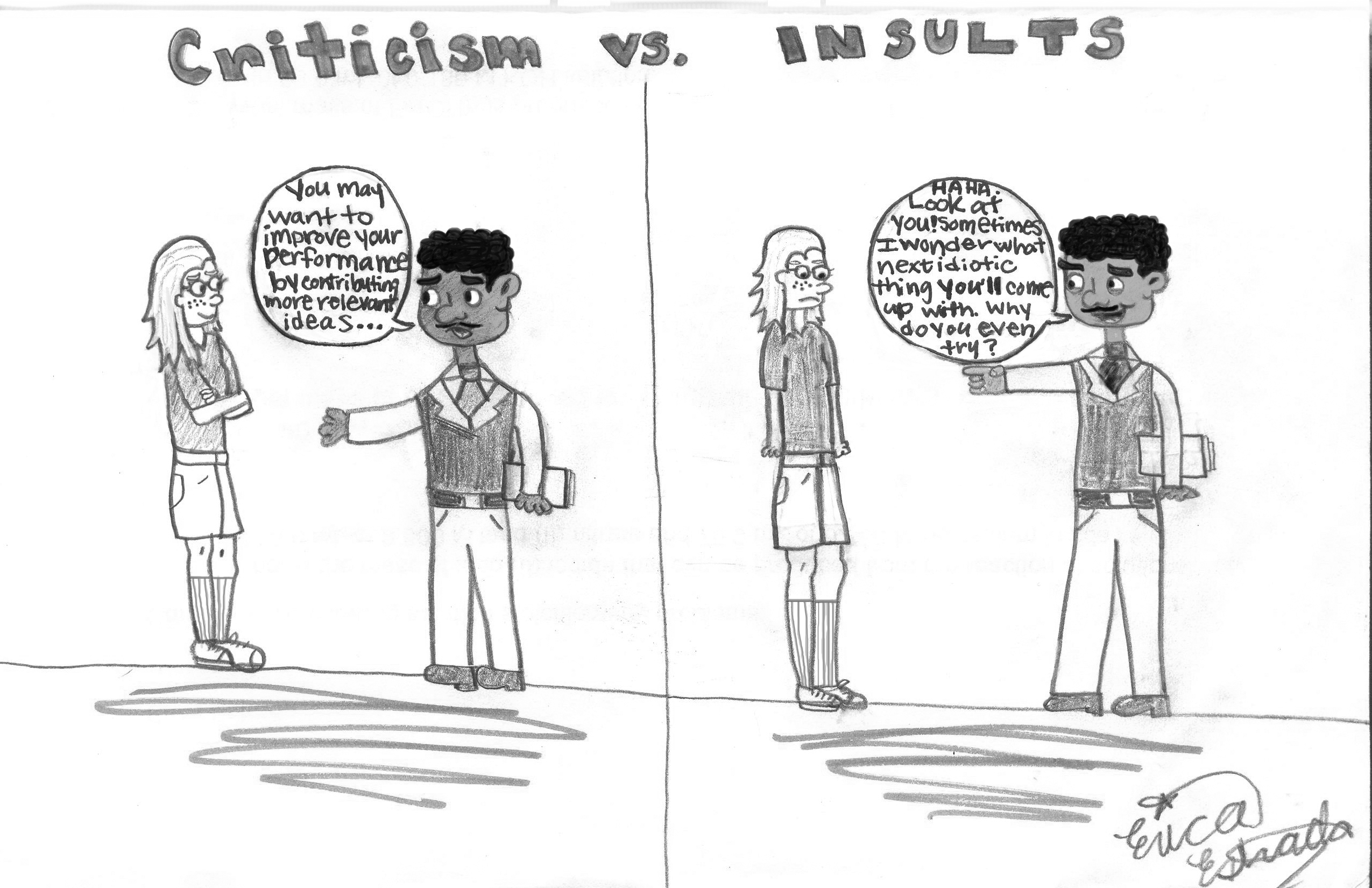 Destructive criticism does more than hurt your pride. It has a negative impact on your self-esteem and confidence. There is often not much thought in the comment and can also be considered malicious and hurtful.

Constructive criticism on the other hand points out your mistakes and also the improvements that can be made. It helps you improve yourself rather than put you down. It is easier to accept, even when it hurts to hear.

So, how can you accept constructive criticism?

1 – Fight the urge to react. The moment you notice you’re being criticized, don’t do anything. Instead of getting defensive, take a second to remind yourself to stay calm and see where the conversation is going. Even if you don’t really respect the person giving you feedback, remember that accurate feedback can also come from a flawed source.

2 – Think of the benefit of getting feedback. Remember that you could learn something from what the person is saying. Is there something to note that could improve your skills or product? Also, there could be something to help you meet the expectations of your clients or your manager.

3- Try and understand the other person’s point of view. Channel your ability to be competent and thoughtful. Listen closely and allow the person to complete their thoughts without interruption. When he or she is done, repeat what you heard to show you were actually listening. Do this without analyzing or questioning the person’s point of view. At this point you’re trying to understand their perspective.

4 – Say Thank You. Make eye contact as you do this. (Easier said than done, I know!). However, thanking someone for sharing feedback expresses appreciation for the effort to be honest. Not everyone can be honest with you. This does not mean you’re agreeing with the assessment though.

5 – Ask questions to get more information. Don’t rush to share your perspective. Instead, process the feedback by asking questions. This will further give you clarity. Ask questions about the source of the actual issue being raised. Also ask for possible solutions that could help address the issues.

6 – State what you will do going forward. Agree on the issues raised and articulate the steps or measures that will be taken moving forward. Once again, thank the person for their feedback, then close the conversation and move on. If the issues are large and cannot be dealt with immediately, ask for a follow-up meeting for more questions, and more time to process the feedback. This will also give you time to seek advice from others and think of solutions.

Constructive criticism will help you learn about our weaknesses—you have the opportunity to improve yourself. So remember to not get defensive, and instead accept what is being said in a gracious manner. Feedback is neither easy to give, nor easy to receive, but it will help in the long run.