It takes courage to look into the mirror and see yourself as you really are. By the end of this piece, you and I will know for sure what kind of neighbours we are. Heck, maybe you’re a combination of characters. A triple threat! (😂 😱 😂)

Let’s start by profiling the neighbours. This will be fun!

Profile 1: The Over Friendly. 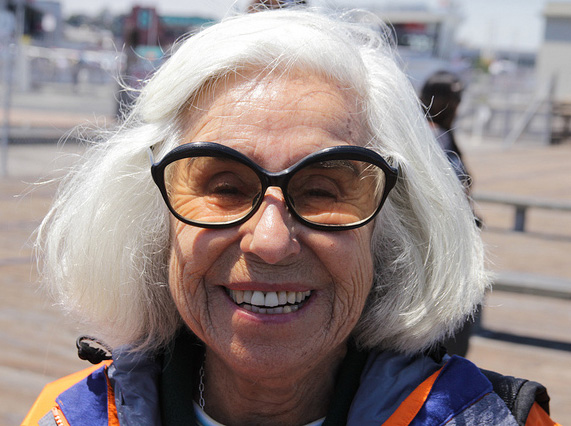 This is that guy/lady…but mostly it’s a lady who is just too happy seeing you back from work or school in the evening. There you are, tired as hell, thinking of how you will just have left overs of the ugali-mayai from last night but lo and behold, your next door jirani is there telling you how her day was and how her children can’t get enough of sponge bob square pants. She doesn’t get the hint as you just nod and take one more step towards your door. She even invites herself in! The good Christian in you lets her but the darker side of you wants to tell her off!

I know our African traditions encouraged neighbors to borrow a cup of unga ya kusagwa, sugar and a tomato every once in a while. But times have changed and you will find that neighbor who takes advantage of your kindness… 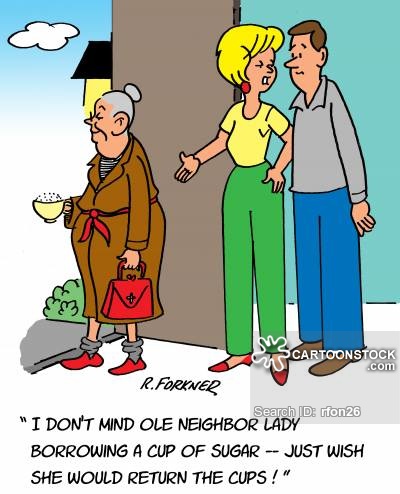 I used to live across one once upon a time. What’s worse, she would always send her 6 year old son to come and borrow cooking stuff. Cooking oil, salt, onion, blueband etc. That angered me. Why not be woman enough to ask and we can work something out? Why are you turning your child into a beggar? 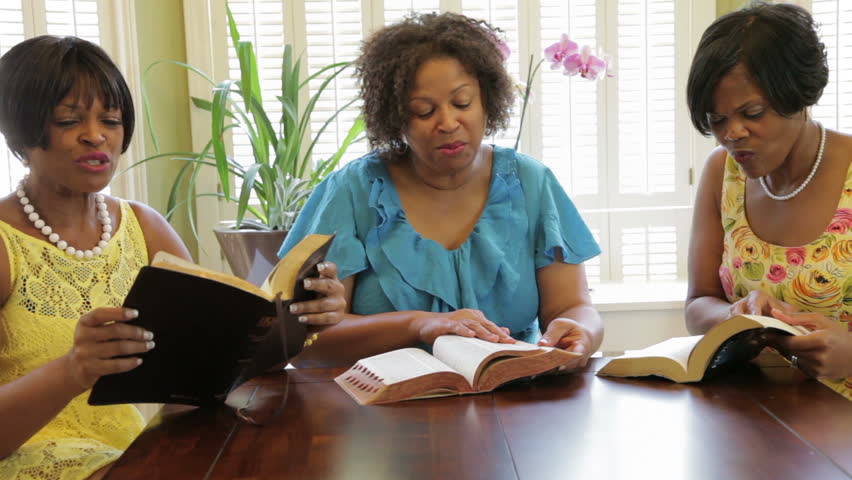 Doesn’t matter if it’s a Monday, Sunday or Friday there is a prayer meeting at this jirani’s house. Again, most probably a woman’s house. You will hear the Bible study leader pray loudly for her to get a good husband. She will cry as she leads praise and worship. They shall speak loudly in tongues and make you feel guilty as you watch re-runs of Sex And The City; worse for you if you were watching Spartacus. In no time, you will know the order of their hymns and prayers. At times, she will knock on your door on your lazy Sunday afternoons to preach to you and ask for your prayer request. Yaani, utaokoka. Upende, usipende.

Depending on what has happened or what mood your in, you may like or dislike this jirani. They are always full of info. You may think she pays rent with the gossip she gathers! Does she even go to work? School? Anything? She’s a mystery. But like I said, she could also be your best friend if you want to know more about that cute guy who recently moved in, or where the caretaker goes so you can avoid him when the rent is due. However, as much as she is giving you info, she is also collecting yours so that she can spread around. 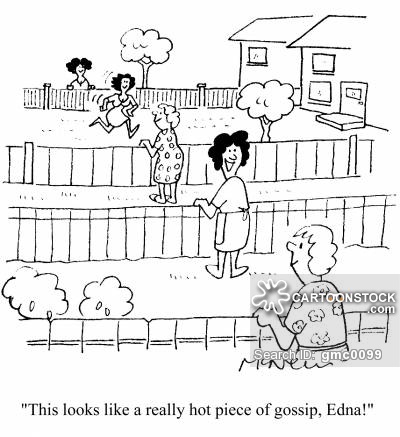 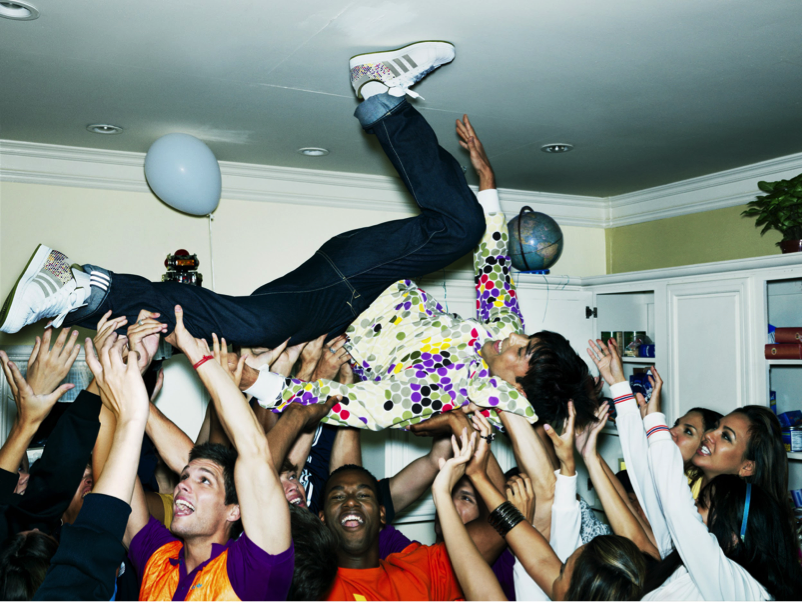 This is your typical single boyz club. Arrrgh. I have those. They are Nigerian. They don’t need a reason to party unlike you and I. So long as they’re breathing, they will party. LOUD. You will find around 3 guys living together in a 2 bedroomed house. (Don’t ask how that works, I’m just here reporting.) Every other night, there will be music blasting from their house, girls of questionable character laughing and screaming at the fact that there is a lizard on the wall and sounds of glasses breaking that result in more screams. The climax of these parties are so predictable I can tell you in my sleep. There will be laughter, glass breaking, and a fight- mostly at say… 4 AM. The fight will be about unpaid arrears owed to the girls, or just the fact that one of the boyz didn’t like it very much when his housemate ate the last piece of chicken. But who am I to judge?

While you were there asking the caretaker not to give you a house on 4th floor because your heels just won’t let you, this one was begging for it. You only saw this guy move in and from then, haven’t seen him since. You are not too sure if he still lives in the building. Why? Because he is a loner. He wants to be left ALONE. 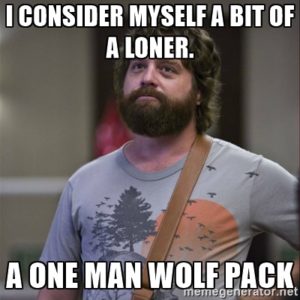 Won’t speak to no one, won’t come for those ploti meetings, won’t even be seen outside during the day and prefers doing his shopping at night. Thank goodness for 24HR supermarkets. Does he scare you? Maybe just a bit and you sometimes wonder if he is an example of those stories you’ve heard from your friends about how a guy disappeared and was found 4 days later, dead in his apartment, after he slipped in the bathroom. Or maybe ni terrorist? You just stay out of his way. 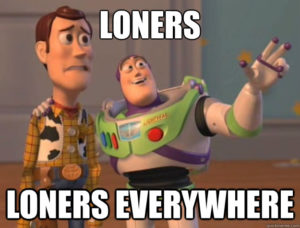 Now this here is a CLASSIC. The peeping Tom and Jane. Lol! And I’m not talking about the dude who looks like anaweza kukuchungulia ukioga kwa the common bathroom hapo mtaani. That’s a sicko. I’m talking about that jirani who seems to have a permanent spot kwa dirisha akichungulia nani anapita. 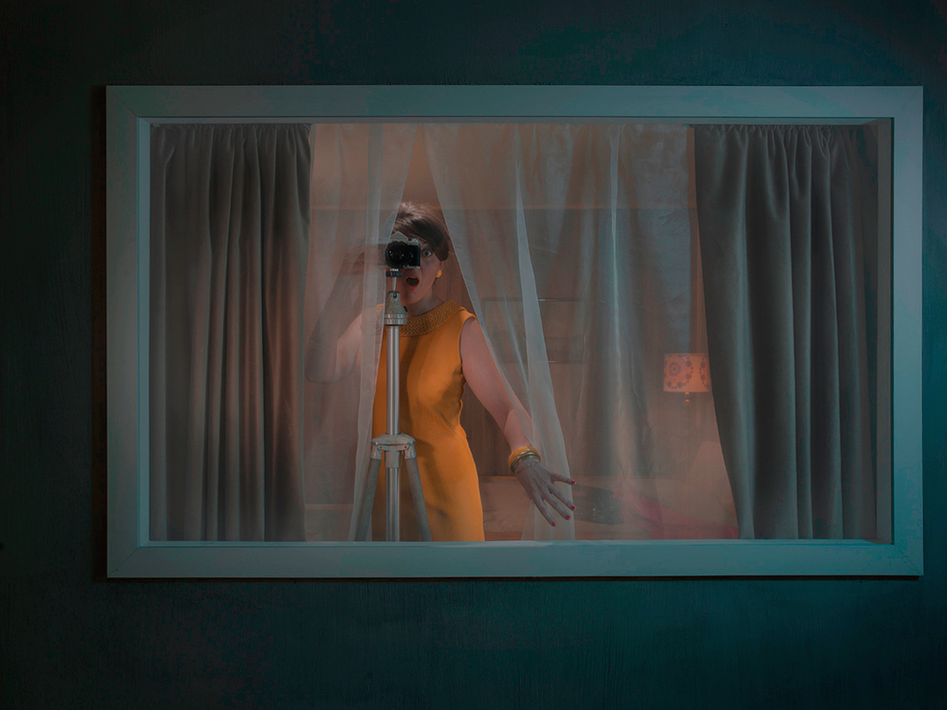 So well have they mastered the art that they know not to switch on the lights at night as they peep. They will be first at the scene of the crime when two lovers fight outside their door. 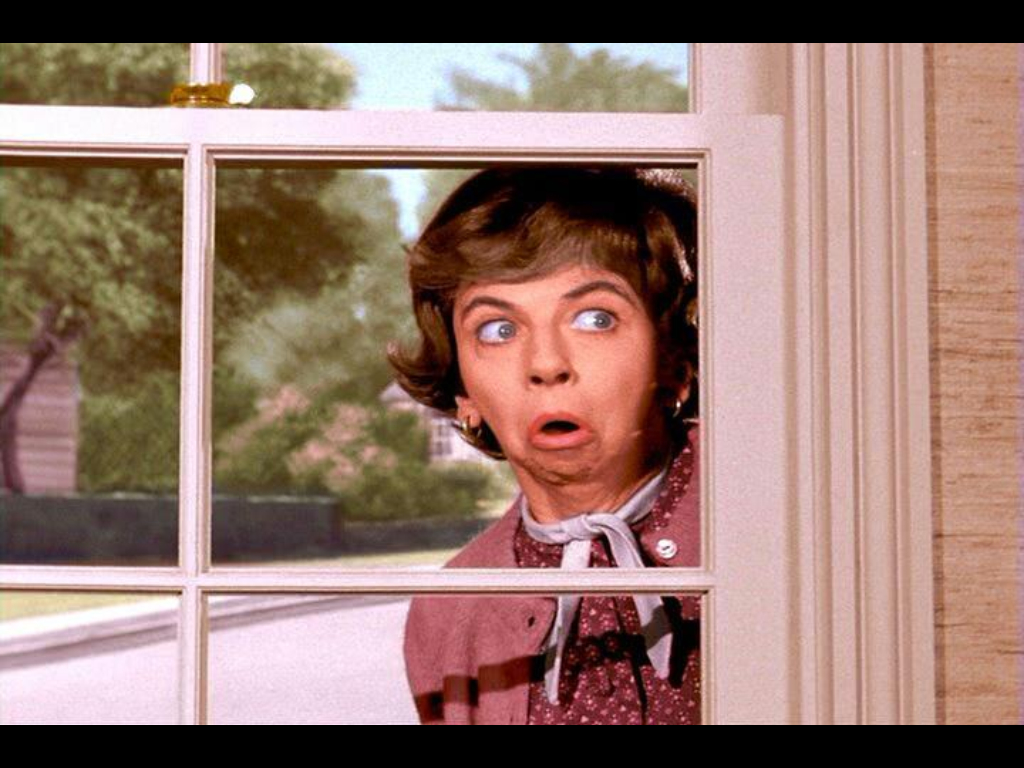 They will be looking outside the window when they hear a commotion. They will be at the balcony when the landlord evicts a tenant. They are your very own CCTV cameras. 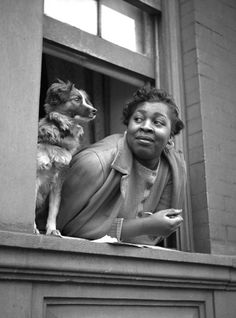 Which jirani profile are YOU? Which jirani do you have in the neighbourhood? As always, eagerly waiting for your response & feedback!